Bad design decisions may cause confusion or even mislead. This is another example of a bad color scale selection that leads to false conclusions when interpreting information on a choropleth map. 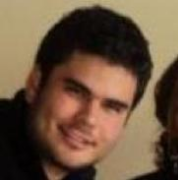 Ever since the inception of mankind, decisions are made for a variety of reasons, e.g. leisure, work or sheer survival. And, as humans are prone to errors, wrong decisions are made too: choosing the wrong mate for a venture, taking a longer path on your daily commute or simply regret eating a dish at a restaurant.

Most of the times, wrong decisions are made on the basis of incomplete, inaccurate, non-existent or even false information (e.g. Iraq wars). Nonetheless, there are times in which data are improperly presented, even though they are accurate per se. The data from government institutions are no exception to this rule, as you will see in the next picture.

Number of convicts admitted to penitentiary centers due to felonies of the common regime in Mexico by state - Year: 2014. Source: http://www3.inegi.org.mx/sistemas/mexicocifras/default.aspx

There are a couple of  things that should be highligted here:

The consequences of this map being released to the public may be:

In order to counter the aforementioned issues, these could be possible actions: